All teen dramas, especially the supernatural ones, come with their fair share of tragedy, and The Vampire Diaries is no different. Elena Gilbert was going through a difficult time during the show’s pilot, as she and her little brother were attempting to grieve the death of their parents and were adjusting to life with their Aunt Jenna.

RELATED: Stefan’s Love Interests On The Vampire Diaries Ranked From Worst To Best

Her luck gets even worse when Elena turns out to be a Petrova doppelgänger, and all of her friends are pulled into a world that’s feels impossible to get out of alive. The Vampire Diaries isn’t afraid to kill off fan-favorite characters, and because of the violent nature of the show, many episodes can get heavy and heartbreaking.

Updated on September 24th, 2021 by Kevin Pantoja: There was actually so much heartbreak on this series that it’s actually difficult to fully narrow down the saddest Vampire Diaries episodes. Throughout the show’s eight seasons, there were installments where characters broke up, were killed off, dealt with trauma, and had almost countless things happen to them to send them into tears. The audience was right there with them, weeping for the most part during the runtime of these episodes for various reasons. Some even manage to get sadder the more times you watch them.

The love triangle at the center of the series was seemingly cemented in “Graduation.” Although Elena picked Stefan at the end of season 3, turning into a vampire changed things and she grew closer and closer to Damon as time went on. In the finale, she finally admitted her love to Damon.

That was a sweet moment for many but the camera panned back to reveal that Stefan was listening and the look of heartbreak on his face was crushing. The episode also ended on a sad note as Stefan was trapped in a safe by his doppelgänger Silas, where he stayed, drowning over and over, for months.

After the Katherine arc wrapped up in season 2’s “Masquerade,” the next storyline involved new characters like Elijah and Rose. The latter stuck around for a handful of episodes and she managed to form a bond with the main characters, especially Damon Salvatore.

So, when she was bitten by a werewolf and on her deathbed in “The Descent,” the audience was sad. Damon made it even more emotional by trying to ease her pain, giving her a perfect dream just before he staked her to save her pain. To top it off, a crushed Damon then attacked a woman at the end of the episode and revealed that he’s always sad because he misses being human more than anything else.

The thought of Alaric Saltzman dying doesn’t seem like something that fans would grieve after all this time. After all, the character died more than almost anyone but often came back to life due to a special ring. However, season 3 led to what seemed like a permanent death after Esther planned to turn him into an Original Vampire to hunt down her children.

RELATED: The Most Heartbreaking Deaths On The Vampire Diaries, Ranked

Being who he is, Alaric didn’t want to transition, meaning the rest of the characters gathered to say goodbye to him. It was a string of emotional moments as they all showed up, capped by Damon coming in last to be with him as he died. Esther showed up and turned him anyway but it doesn’t take away from this.

To save Jeremy, Bonnie Bennett made the ultimate sacrifice. The first few episodes of season 5 saw her communicate with her friends through Jeremy, not wanting to tell the truth and hurt them after all they’ve been through. As everyone needed Bonnie by this point, Jeremy finally revealed the truth.

Although they were facing a dire situation, everyone stopped to mourn their friend. The funeral brought everyone to tears, including those watching at home. Bonnie said goodbye through Jeremy, leaving a personal message to all of her friends, capping a death that felt permanent even if it wasn’t.

Everyone’s biggest concern with Elena becoming a vampire had to do with her emotions. It was always said that vampires felt everything way stronger than humans did and with Elena already having strong emotions, she would be devastated whenever something traumatic happened.

That finally happened as “Stand By Me” started with her bringing Jeremy home after Silas killed him. She was in denial, hoping he’d come back with the Gilbert ring. When that didn’t happen, she broke down into a mess of tears at the loss of her brother until Damon got her to turn off her humanity, leading her to burn down her home.

In the 100th episode of the series, several beloved characters returned to say goodbye to Katherine Pierce. However, some had more pure intentions than others. After Elena forced Katherine to take the cure, centuries began to catch up to her, and she was left dying of old age.

Stefan is kind to Katherine in her final moments, and when she is forced to relive the murder of her family, he enters Katherine’s dreams and makes sure she can go peacefully. But Katherine never planned to go anywhere and she jumps into Elena’s body moments before her own death. This episode also saw Vicki get a moment with Matt and Alaric show up to talk to Damon.

Damon always had a villainous streak, but as Elena said herself, he truly believed that every move he made was for love. He forced Bonnie and her grandmother to open the tomb to save Katherine, but was heartbroken to discover that she was never there.

RELATED: 5 Vampire Diaries Characters That Fans Would Love To Be Friends With (& 5 They’d Rather Avoid)

His devastation was difficult to watch as he spent over a century doing everything for someone who clearly never cared about him. The real tragedy doesn’t happen until later that night, though. After using too much power to keep the tomb open, Bonnie found her grandmother dead in her room.

“The Sun Also Rises” had one of the highest death counts of the series, but there was one that stood out above the rest. Elena and Jeremy’s Aunt Jenna was one of the only characters in the show still oblivious to the vampires lurking around Mystic Falls.

She dedicated her life to taking care of her sister’s kids after she passed away, but Jenna realized in her final moments that they were the ones protecting her. When Klaus needs to sacrifice a vampire to lift his curse, he cruelly uses Jenna. That means he killed her, turned her, and then killed her again for selfish gain. She was one of the show’s most innocent characters.

After Damon suffered from a lethal werewolf bite, he decides to accept his fate and go quietly. Stefan had other plans and has to lock his brother in the basement to prevent him from taking off his daylight ring in the sun. Damon relived some of his worst mistakes during the episode, and he apologizes for them during an emotional scene on his death bed.

But Stefan came through with a cure and Damon was healed right in the nick of time. To pay for the cure, Stefan was forced to leave his brother and Elena, and travel the country making hybrids with Klaus.

Caroline has always been a bright light in a dark world, and she remained an optimist even when there’s no reason to hold out hope. While Caroline went through the wringer throughout the series, nothing broke her like losing her mother did.

Out of all the ways to die in the vampire-filled world, cancer felt like an especially cruel way to go. Watching Caroline grieve and give her mother a good memory before she went was too sad. After Caroline, Liz’s death affected Damon the most, as Liz had come to see Damon as her best friend.

The Vampire Diaries refuses to let Bonnie Bennett be happy. She’s constantly treated like an object by the other characters and is ignored until they need her to do a spell and fix their problems. For the first time in the show’s history, Bonnie finally had someone who cared about her above all else in Enzo St. John.

Enzo and Bonnie were arguably the best couple in the series, and it seemed as though Bonnie might get the happy ending she deserved. But moments before Bonnie and Enzo ride off into the sunset, a humanity-free Stefan killed him right in front of Bonnie’s eyes. It was shocking and upsetting.

Elena’s death was one of the show’s best twists even if fans knew it would happen eventually. Rebekah drove Elena and Matt off the road and into the water, paralleling Elena’s accident with her parents. As Elena tried to escape, the show flashed back to her parents’ deaths in a scene designed to bring viewers to tears.

Stefan attempted to save Elena as he did in the past, but Elena begged him to save Matt instead. Stefan respected her wishes, and by the time he came back for Elena, she had already drowned. Little did anyone know that Meredith had given Elena vampire blood when she was in the hospital earlier that day, so she came back as a vampire.

It was hard for fans to fully believe that The Vampire Diaries killed off Damon Salvatore and Bonnie Bennett, but it didn’t make the episode any less heartbreaking to watch.

Bonnie sacrificed herself for the greater good, as usual, and Damon got stuck on the other side and was unable to make it back to Elena. Although she couldn’t see him, Elena broke down and begged Damon not to leave her. Damon was there and his words back were just as sad. The final shot of the season included Bonnie and Damon holding hands and preparing themselves for whatever comes next.

When Nina Dobrev chose to leave the series after season 6, The Vampire Diaries had to find a way to write off her character. It wouldn’t make sense for Elena to leave her friends, but killing her would prevent Elena and Damon from having their “happily ever after” in the series finale.

The show chose to put Elena in a Sleeping-Beauty-type slumber that she could only wake up from after Bonnie had died. Every character had a chance to say an emotional goodbye before Elena is sealed in a coffin.

Even viewers who had stopped watching the show over the years were impacted by the series finale. Stefan injected Damon with the cure and sacrificed himself to save Mystic Falls. He reunited with Elena as he headed to the afterlife, and the two shared a heartbreaking goodbye.

Stefan’s friends and family are seen mourning him in the future, but Damon is affected most of all. A flash-forward revealed that Damon and Elena make it to the afterlife, and Damon and Stefan had a teary reunion during the show’s final shot.

NEXT: 5 Vampire Diaries Characters Fans Wish Were In The Originals (& 5 They Wish Had Been Cut)

Rachel Foertsch is a production intern and lover of all things television. Her TV reviews are featured on Rotten Tomatoes and she is currently a Staff Writer at ScreenRant. Additionally, Rachel has written for TV Fanatic, where she conducted onscreen celebrity interviews. You can follow her Twitter: @realrayrays for more content.

A's Chris Bassitt explains why he returned to mound after scary facial injury: 'We are the green and gold' 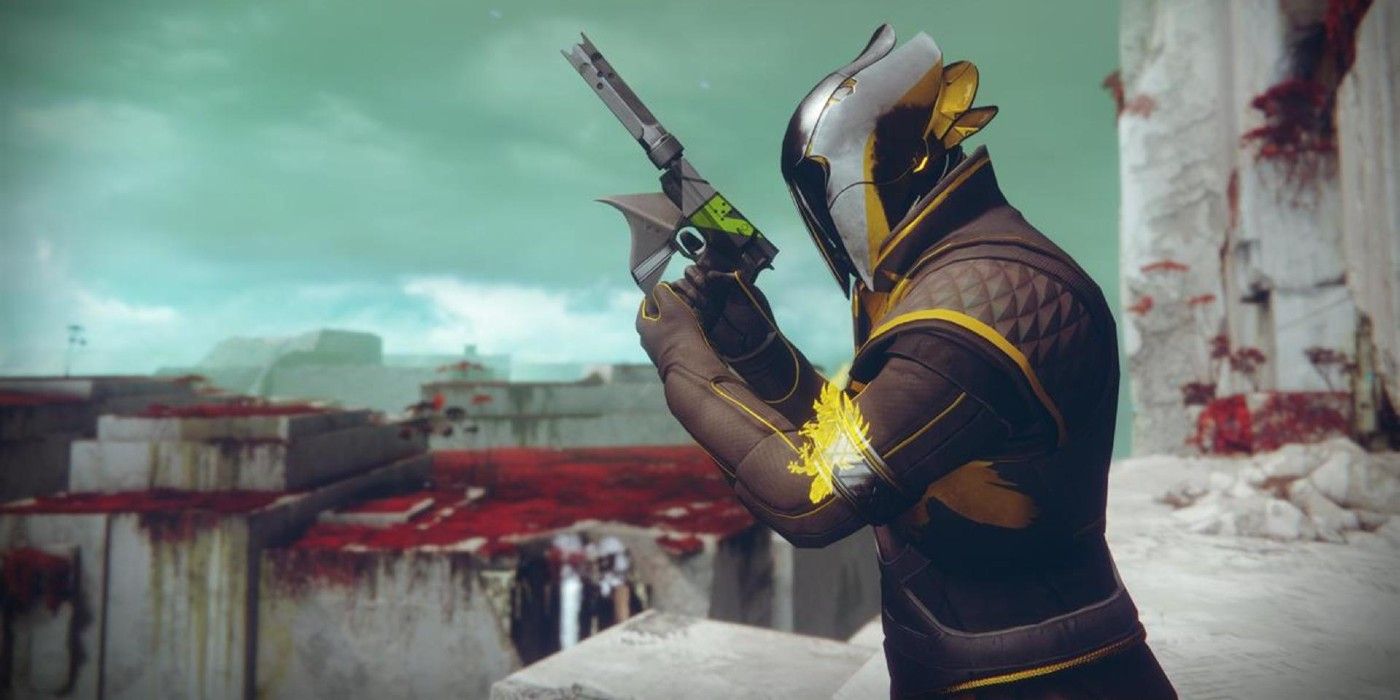 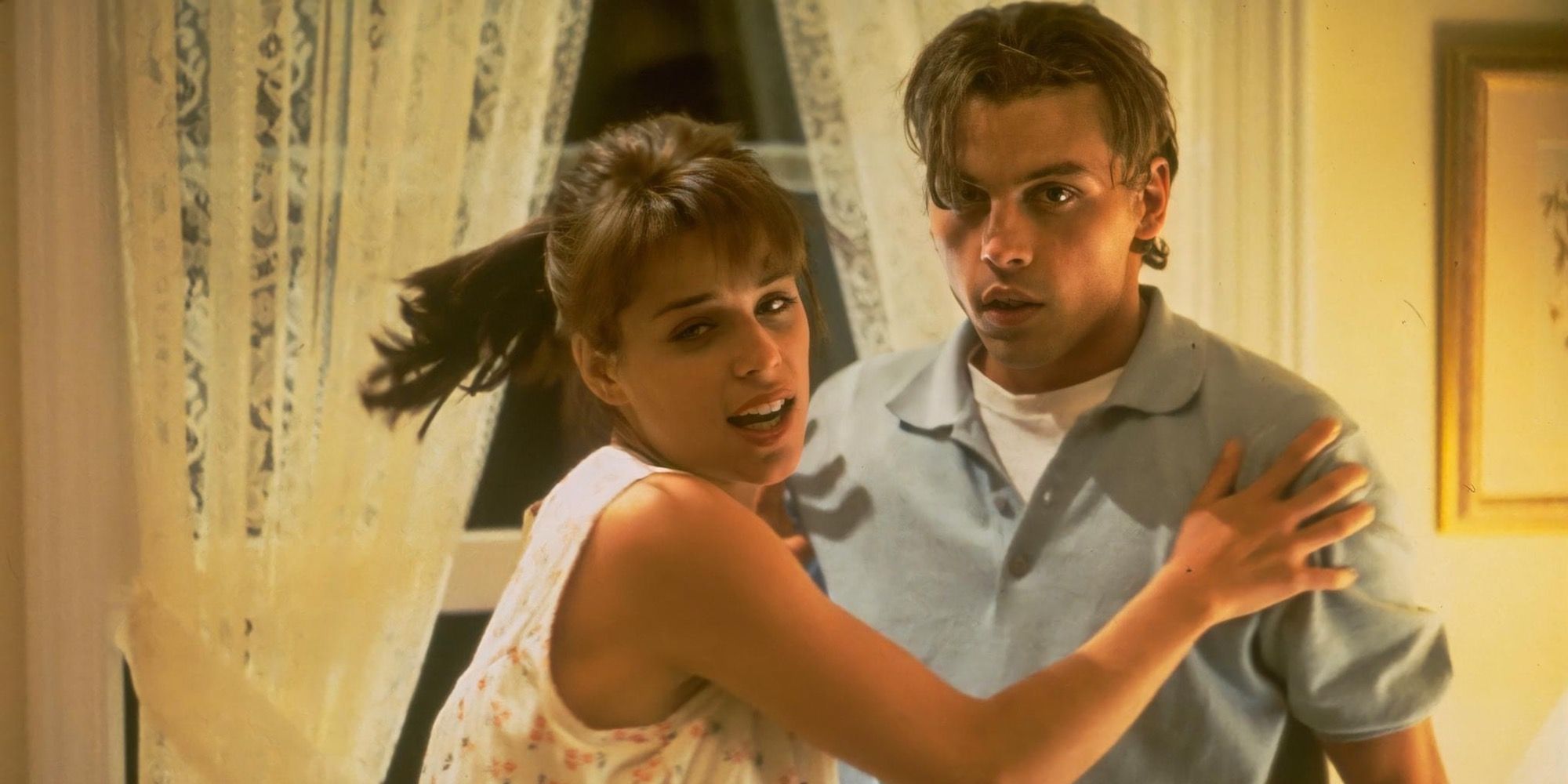 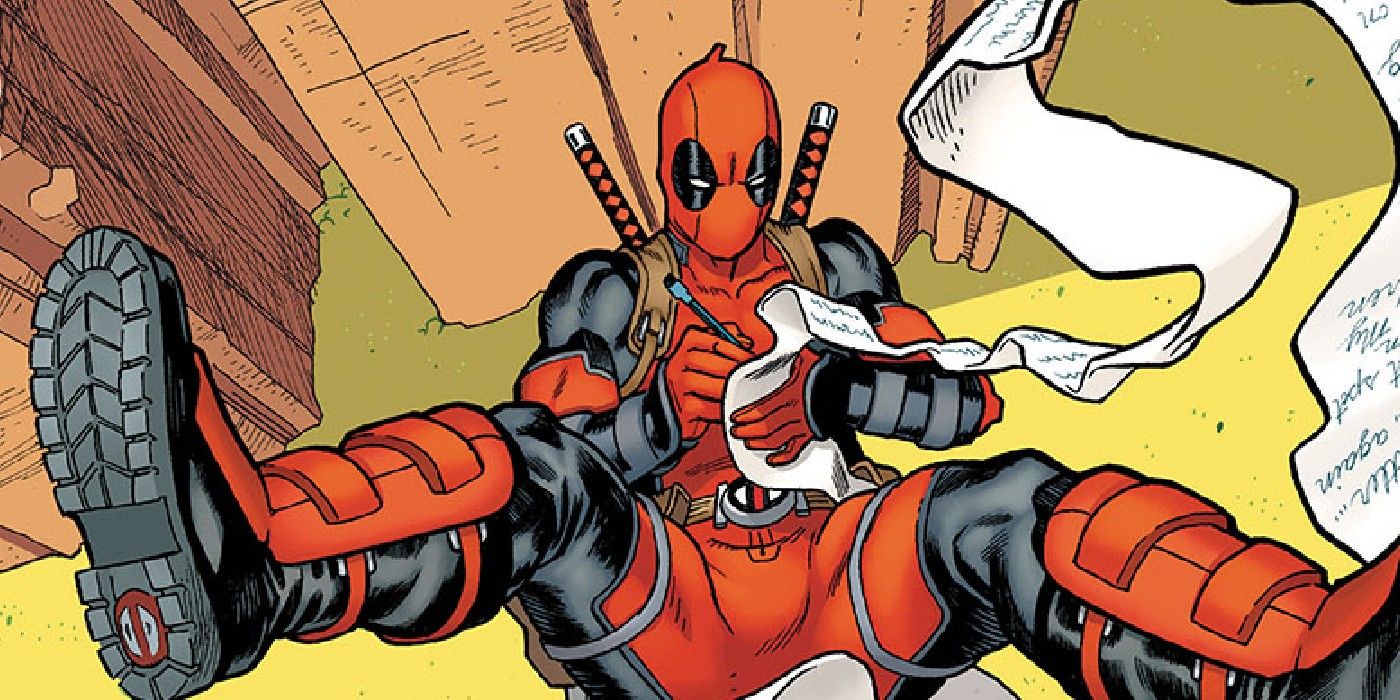 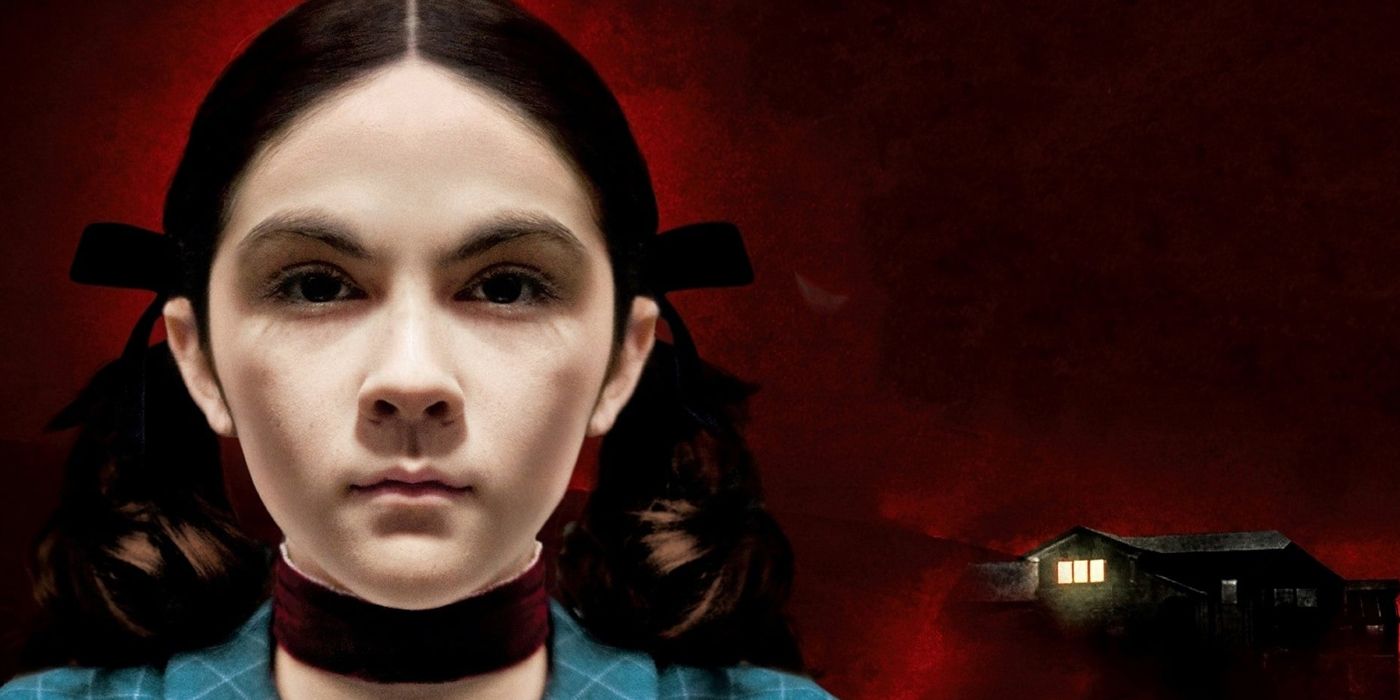