“I think that’s the perfect word for what we’re experiencing,” he said of the growing commercial space market, which includes the anticipated certification of Boeing’s CST-100 Starliner and upcoming sub-orbital flights by Blue Origin and Virgin Galactic. “This is a real inflection point, I think, with human spaceflight.”

Axiom Space, led by Mike Suffredini, NASA’s former space station program manager, announced last year that it plans to launch a four-man crew to the space station aboard a SpaceX Crew Dragon capsule. The launch is currently targeted for a January timeframe.

Axiom Vice President Mike Lopez-Alegria, a former NASA astronaut and space station commander, will serve as commander of the AX-1 mission, which is expected to last about 10 days. Joining him will be Larry Connor, an American entrepreneur, Canadian investor and philanthropist Mark Pathy and Israeli investor Eytan Stibbe, a former fighter pilot.

Lopez-Alegria on Monday told reporters that the crew will participate in centrifuge training and flights to simulate weightlessness starting next week, followed by a camping trip to Alaska in July for “bonding and leadership training.”


“We acknowledge the responsibility of setting the bar for future private missions and we embrace that challenge,” said Lopez-Alegria. “They’re not interested in being tourists. They want to do their part to improve humankind … through scientific experimentation and outreach to educational and philanthropic organizations.”

The flight will be the second fully commercial launch of civilians to low-Earth orbit. In September, SpaceX plans to launch four civilians aboard a Crew Dragon capsule in a flight benefitting St. Jude Children’s Research Hospital.

The two-man two-woman crew, chartered by billionaire Jared Isaacman, will orbit the planet for roughly three days before returning to an ocean splashdown. Axiom’s AX-1 mission will be the second all-civilian flight to low-Earth orbit but the first to visit the International Space Station.

“Since it is the first and we’ve never done this before, we are going to learn as we go. I’m sure we’re going to have some hiccups and we’re going to have to make some adjustments and some lessons learned,” McAlister said. “But I think with the signing of this mission order, we’ve achieved a pretty significant milestone.”

Suffredini said the AX-1 mission is the first step toward the company’s goal of eventually operating a space station of its own after NASA’s lab is retired.

“This really is the beginning of a number of flights that really lead to the ultimate goal of having a commercially available low-Earth-orbit platform to not only help grow the LEO economy, but to be able to just serve all humanity,” he said. “It’s a tremendous step forward.”

In a bid to open up the station for more commercial use, NASA managers are planning on up to two “private astronaut missions,” or PAMs, per year, based on the availability of docking ports and government traffic to and from the lab complex.

The cost of transportation to low-Earth orbit, whether aboard a SpaceX Crew Dragon or Boeing’s CST-100 Starliner, will be up to the commercial entity sponsoring the flight. Prices for commercial launches are not known, but seats are expected to sell for at least $50 million each given the cost of the rocket and crew capsule, pre-launch training and support and crew recovery at the end of the flight.

For its part, NASA will require up to $4.8 million per flight for mission planning and execution, space-to-ground communications and use of NASA-provided equipment. The base cost of support from the station’s professional crew members will run $5.2 million per mission.

Other costs include $2,000 per day, per crew member for food, up to $1,500 per person, per day for clothing, hygiene products, sleeping bags and other supplies and up to $164,000 per person, per day to cover the cost of pre-staging food and crew provisions, and for disposal of any unused items.

Axiom is not paying list price for the AX-1 mission, in part because planning began before the new price guidelines were determined and because the company will be providing services to NASA that the agency would otherwise have to pay for. The mission order announced Monday covers just $1.69 million. Additional agreements remain to be negotiated.

“Axiom is obtaining services from NASA, such as crew supplies, cargo delivery to space, storage and on-orbit resources for daily use,” said Angela Hart, manager of commercial low-Earth orbit development at the Johnson Space Center in Houston. “NASA’s purchasing cold stowage return capability from Axiom to return scientific samples to researchers on the ground.”

But, she added, “there are a multitude of other additional reimbursable Space Act Agreements that Axiom and SpaceX have with NASA that have other contract values.”

“Those include training services, as well as launch services at the Cape and other items that we’re still negotiating,” Hart said. “So that is not the full value of all the services that Axiom is responsible for.”

Given the extreme costs of transportation, NASA and Axiom acknowledge private spaceflight will remain the exclusive domain of wealthy adventurers, entrepreneurs and company-sponsored researchers, at least in the near term. But Suffredini said “you have to start somewhere,” and Lopez-Alegria said costs will eventually come down.

“It’s true that right now, it’s not very democratic, you have to be in a pretty select demographic to be able to afford it,” said Lopez-Alegria. “But … we’re all working to get the prices to come down. And I think if you follow the trend of costing, for example, commercial aviation, or pretty much any mode of transportation, they all start out high and come down.”

“And so the experience that these folks will come away with, combined with the significant means of influence that they have at their disposal, I think is a win-win and sets us on a good course for the future,” he said. 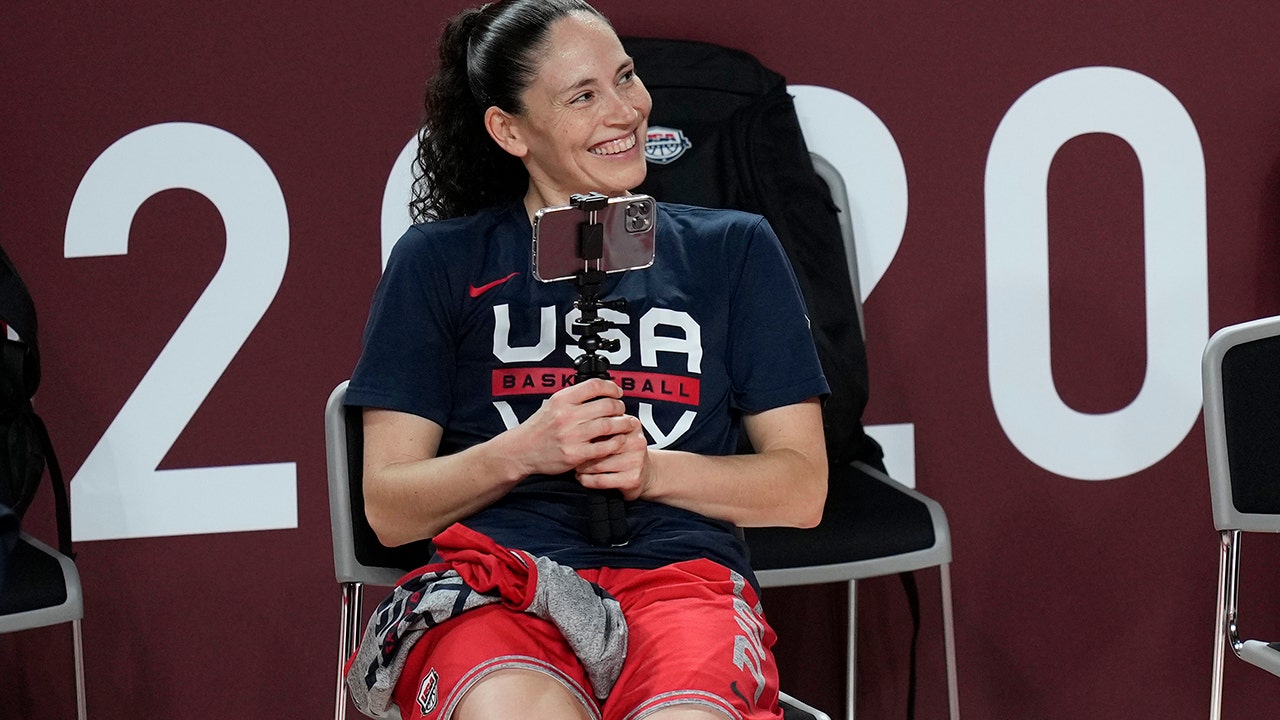 Sue Bird, WNBA colleagues to stay on court for anthem at Olympics: ‘I don’t feel like a hypocrite in any way’ 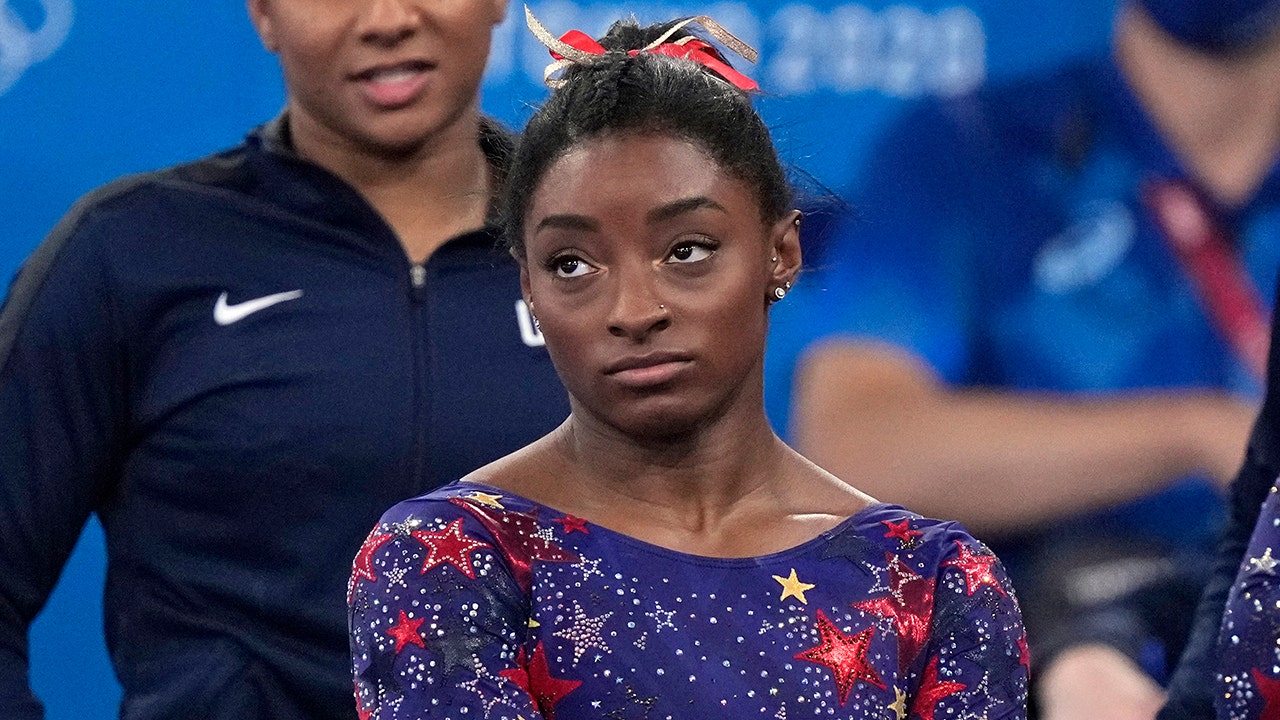